Why Do Users Keep Falling for Scams?

This guest post is contributed by my Aussie mate, Jim Hillier. Jim is the resident freeware aficionado at Dave’s Computer Tips. A computer veteran with 30+ years experience who first started writing about computers and tech back in the days when freeware was actually free. His first computer was a TRS-80 in the 1980s, he progressed through the Commodore series of computers before moving to PCs in the 1990s. Now retired (aka an old geezer), Jim retains his passion for all things tech and still enjoys building and repairing computers for a select clientele… as well as writing for DCT, of course.

*Social engineering: refers to psychological manipulation of people into performing actions or divulging confidential information. A type of confidence trick for the purpose of information gathering, fraud, or system access — Wikipedia 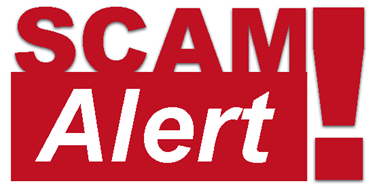 It’s unfathomable to me why so many people still get caught out by social engineering techniques, being tricked into clicking that link or opening that attachment.

Social engineering is one of the most prevalent methods used by cybercriminals to infect a system and/or gain a user’s sensitive information. Ransomware, phishing emails, scams, all generally involve an element of social engineering. Why? Because it’s simple, effective, and lucrative. It stands to reason then that the most potent method for eradicating these types of threats would be to make them less effective and less lucrative. The question is; how to achieve that?

You’ve no doubt come across the saying “education is key” – and, when it comes to social engineering, nothing could be truer. Because of the changing nature of socially engineered exploits, security software cannot always protect users from themselves. That’s why Tech blogs are repeatedly issuing the same advice/warnings – don’t click on links in emails from unknown senders, don’t open email attachments from unknown senders, etc., etc., etc. In fact, I recently published yet another list of do’s and don’ts  “10 Golden Rules to Defeat Scammers” . Yet, despite all this, so many people are still falling victim to social engineering.

A large part of the problem I suppose is that the users who need this type of advice the most are generally not the sort of people who tend to visit and read Tech blogs.

I was recently perusing a well-known freeware site and came across a comment from someone complaining that, despite being protected by a commercial grade antivirus, his company’s computers had been infected by ransomware… twice. On both occasions the infection was initiated by an employee clicking on something he or she shouldn’t have clicked on. I suggested to him that perhaps his company needed to review and strengthen its staff training program. Education is key.

My own clientele consists largely of elderly folk and, in my experience, many are highly susceptible to phishing and scams in general. I have a theory about this; I’m sure it’s because they were brought up in an era when trust was inherent; leaving the front door to the house open, leaving the car unlocked and keys in the ignition. Do you know what I mean? It’s not so much that they are gullible, more overly trusting.

These people also tend to be not so computer/security savvy, so rather than hit them with a long list of do’s and don’ts, which might be difficult to follow, I condense it all down to just three rules for them to remember:

1. Treat each and every unsolicited phone call and/or email as highly suspicious.

2. Always be very wary about giving out sensitive personal information over the internet.

3. If it sounds too good to be true, it almost certainly is.

If the more savvy among us would only take the time to pass this type of advice around their own particular circles of family, friends, and acquaintances, I believe that we, collectively, might just make a difference.

10 responses to “Why Do Users Keep Falling for Scams?”