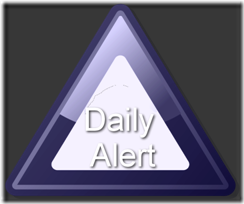 Twitter: 60 per cent quit after a month – Although it has been hyped by celebrity endorsements and has posted huge growth, not everyone is sticking with Twitter.

Why do people write viruses? – The writers of viruses and other mobile malicious code are many and varied, and their reasons are as wide-ranging as they are, themselves.

Phishing: Is that Web site real or not? – Phishers still use fake Web sites, but have developed a better mouse trap by altering official Web sites.

Adobe Moves to Fix Reported Vulnerabilities in Acrobat and Reader – A quick response to public posting of a vulnerability shows a better attitude at Adobe. Even so, there are two dangerous unpatched vulnerabilities to worry about.

Microsoft Changes Windows 7 Feature to Fight Malware – Microsoft announces it is altering the AutoPlay feature in Windows 7 to prevent it from enabling the AutoRun task for USB devices.

Google Joins Mozilla, Blames IE for Chrome Bug – Google has fixed a bug in its Chrome browser which could allow cross-site scripting and other dangerous policy violations under interesting circumstances.